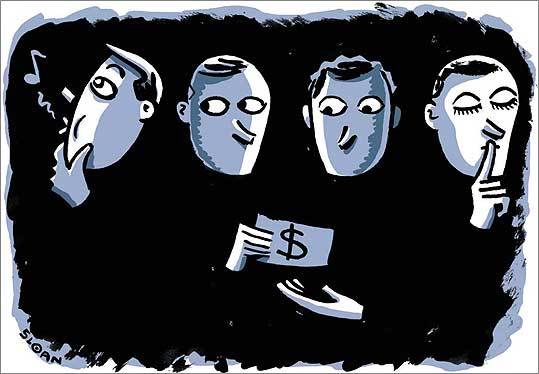 These article have been written for the campaign Restarting the Future.

Ever since the second world war, corruption has always been a theme of divergent opinions. Someone explained it as the result of the presence of the state in the free market economies, others considered it as a cause of the imperfections of some legal systems, others believed that corruption was necessary to compensate for the deficiencies of bad governments or even some people said that corruption was only a legend or an isolated phenomenon. Furthermore there was some acceptance of this phenomenon even by the governments themselves, in fact until the ’90s in many European countries it was possible to deduct corruption abroad from taxes. In the European Community, the European Parliament and the Council chose not to support a supranational intervention, leaving it to the member states to manage this phenomenon, despite the attempts of the European Commission to create a supranational penal system to protect EC funds (namely related with the Common Agricultural Policy) from frauds carried out in the member states. When in 1993 the European Community became Union and the internal market project promoted by the President of the Commission Jacques Delors was finalized, all European institutions realized that it was necessary to protect the EU’s financial interests which were seriously threatened by the strengthening of economic integration between the member states and the principles of free movement.

Obviously, these were not the only reasons. Western Europe was hit by corruption scandals that involved the political classes of several states, including Italy, Spain and France, and led the civil society to put in doubt the ruling classes. The activity of the Court of Justice of the European Union in strengthening the principle of European law and the creation of the Title VI of the Treaty of Maastricht gave new legal bases to the justice area of the treaty. The persistence of some member states to ignore both the respect of the  European law and the recommendations of the Commission lead the heads of the EU institutions to develop a supranational action. Globalization and new technologies allowed to internationalize fraud, illegal traffics, money laundering and tax evasion. The consolidation of the EU-15 and the preparation/concern for the enlargement to Eastern Europe, where corruption was widespread during the Soviet rule, lead to prepare preventive actions. Moreover, not only the EU but also other international forums began to discuss the importance of a greater international control of illegal activities, in particular of corruption and criminal organizations. The result of this wave of change were the Convention on the protection of the European Community’s financial interests and its two Protocols (1995, 1996, 1997 respectively), the Convention on the fight against corruption (1997) and the framework decision on  corruption in the private sector (2003). For the first time at European level, crimes such as corruption and money laundering were being penalized, while at the same time preventive and repressive instruments were introduced in an efficient and clear way, such as the protection of whistle-blowers, the confiscation or liability of moral and legal persons.

These intergovernmental norms have been slow and relatively effective, since some member states delayed a lot of years to complete the ratification and/or transposition. Nevertheless, they represent a first step in European policies to fight against corruption and organized crime. In fact, they represent the first step of a long series of internal and external campaigns that will result in regulations concerning individual aspects of these conventions, such as the four directives relating to the confiscation of mobsters, and actions taken by civil society. Just over 20 years ago, the European Union has embarked on a journey. This trip has not been forgotten, and year after year they are making progress in the fight against corruption, and the success of Restarting the Future is proof of that.

NO FREEDOM OF EXPRESSION FOR ANTI-SEMITISM