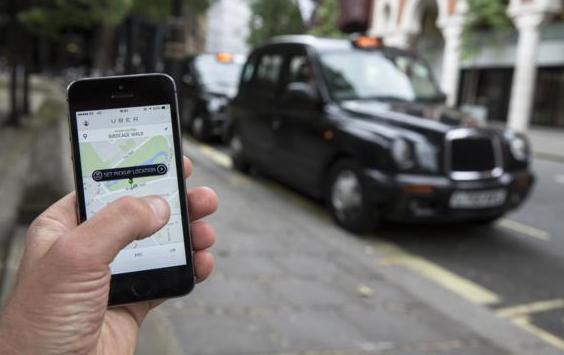 Uber, a company founded in 2010 in San Francisco, has grown rapidly in a few years and is now operating in approximately 200 cities in at least 10 countries. The company offers a transport service by using an application on smartphones. The app, in particular the UberPop app, allows a private individual to register as a driver with only a marginal control by the company when it comes to age, driver licence and driving history.

The UberPop app received multiple complaints and has given rise to strikes and actions by competing taxi companies and networks. Taxi networks and associations of several countries of the EU argue that they all need a transport certification to be able to operate, whereas UberPop does not. According to the Taxi network, this amounts to a form of unfair competition, since the provided services are comparable. Uber however continues to state that it does not offer a taxi service but a social facilitation, where individuals share costs in a peer-to-peer context. The legality of the UberPop app has been challenged by several companies in Belgium, the Netherlands, France, Spain and the UK. Mark McGann, Uber’s head for Europe, said «We think regulations need to be fit for the digital age».

In Belgium, the company Taxis Verts took action against the UberPop app and brought it before the Commercial Court, arguing a case of unfair competition and non-conformity of the law. The main issue was the question whether UberPop offers a taxi service. Therefore, three conditions need to be fulfilled: firstly Uber should offer a service of remunerated transportation; secondly the vehicle must be accessible to the public; and finally, the destination must be determined by the client. The Court considered these conditions to be cumulatively fulfilled and convicted Uber, imposing a lump sum of 10.000 euro a day. However, the judge acknowledged that the actual legislation dates from a period when Internet barely existed and that laws are not adapted to the developed software of Uber.

For similar reasons, UberPop app has been declared illegal in the Netherlands. The Court judged that the services of UberPop do fall within the definition of a taxi service and that the drivers of UberPop were working without a transport certificate. Nevertheless, Uber wants to hire new drivers for the UberPop app. It promised the new drivers a starting bonus of 100 euro and declared they do not have to worry about penalties for the illegal taxi services.

The Uber litigations of several countries in the EU have eventually been brought before the highest Court in the EU, which has been asked to rule once and for all on the question whether the UberPop app is an online service or offers a taxi service. The outcome of this case will determine Uber’s future business model. If the Court does not rule in favour of the Uber, the company will have substantial operational costs in order to meet with the local regulatory bodies, as well as administrative procedures to obtain the necessary authorizations and licences.

THE CAUSES OF THE GREAT RECESSION N.3. The consequences of the Great Recession in the Euro zone