IS IT TIME TO CLOSE EUROPE’S BORDERS? 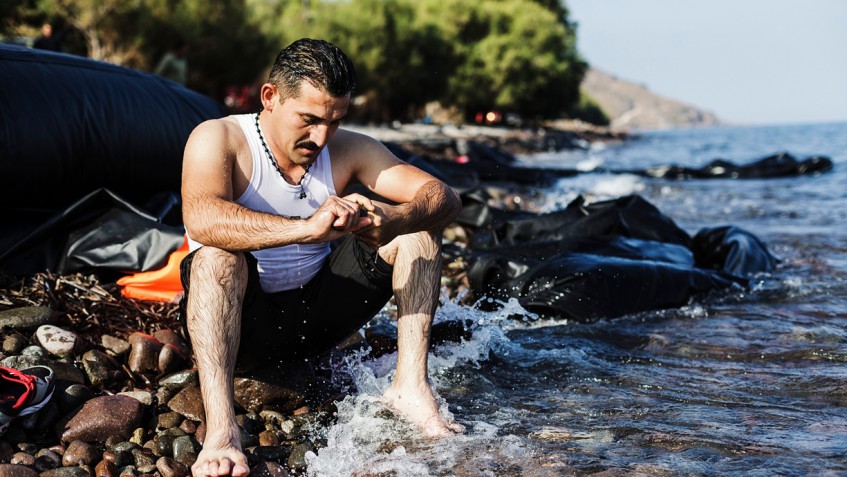 The Syrian Conflict has had a massive impact on a foreign scale, starting in Syria’s neighboring countries (Kingsley, P. et al and UNHCR, 2015) and as of 2014 (Kingsley, P. et al and Eurostat, 2015) prominently in Europe. The massive waves of immigration are a commensurate reaction of the ongoing conflict in Syria as well as the rise of ISIS.

Signs of early emigration originating from the conflict are documented as early as mid-June 2011. At that time, more than 10,000 Syrians refugees had relocated in camps in Turkey and some 8,500 in Lebanon (Bajekal, N., 2015). As of late 2015, those figures have evolved into 1.9 million and 1.5 respectively (Bajekal, N. et al and UNESA, 2015). Concerning Europe, more than 600,000 have entered the continent, and comprise up to three times (Vick, K., 2015) the number of applications of asylum that a country can harbor.

All in all, according to António Guterres, the U.N. High Commissioner for Refugees, “the sudden boost in European population increments the total continental population by a mere 1%, and that Europe has to get its act together” (Vick, K., 2015). With Turkey not being a viable long-term settlement country due to its harsh labor laws towards immigrants (Kingsley, P. et al, 2015), and the six countries of the Gulf Cooperation Council unequivocally denying entrance to the refugees (Malsin, J., 2015), Europe is obviously the destination to go to. Accordingly, the continent’s demography will increase before it shrinks again; is it adamant time for Europe to close its borders?

In Europe, the heads of states still remain without a coherent collective response (Shuster, S., 2015) or shared (dis)approval. Germany aims to become the savior of the demographic crisis, flipping around its role in both Europe’s dark 20th century (Vick, K., 2015) as well as its icy role played in the Greek debt-crisis earlier this year.

The rate of requests for asylum is expected to worsen through 2016 (Bajekal, N. et al, 2015). On a governmental scale, there is no credible and affordable plan that can secure borders around Greek islands or in Turkey; along with the problem concerning Schengen regulations which states that a country may only impose border controls for short periods under emergency conditions. (Bremmer, I., 2015)

“If we opened the door to every refugee, our country would be overwhelmed,” states UK’s PM David Cameron. This calls to reflect upon Europe’s not-that-coherent response policy towards the Syrian Conflict, which was to stubbornly open its borders in quick response to shelter hundreds of thousands of Syrians, without either a distinctive end-policy in mind or a plan to rectify the source of the problem, which is the Syrian Conflict.

Merkel had vowed to welcome between 800,000 and one million asylum seekers in 2015 (Bremmer, I., 2015), but after 100,000 registered migrants in Germany (UNHCR, 2015), confusion reigns as promises are retracted and refugee status no longer seems to be on the table (Traynor, I., 2015). The United States of America are expected to take part in mass sheltering by opening its borders to shelter up to 10,000 Syrians (Sanburn, J., 2015) within next year. That being said, the situation in Syria has continued to worsen, with fighting intensifying in all regions and the economy and services in a state of general collapse (Fleming, M., 2015). With Russia now directly involved in the Syrian War, and the Crimean conflict still a sensitive subject, solving the conflict in Syria is hardly a walk in the park.

Photo: © UNHCR/Achilleas Zavallis, from The Guardian, Six reasons why Syrians are fleeing to Europe in increasing numbers