IS THE WORLD PEACE AT RISK NOW MORE THAN EVER?

Home / Foreign Affairs / IS THE WORLD PEACE AT RISK NOW MORE THAN EVER? 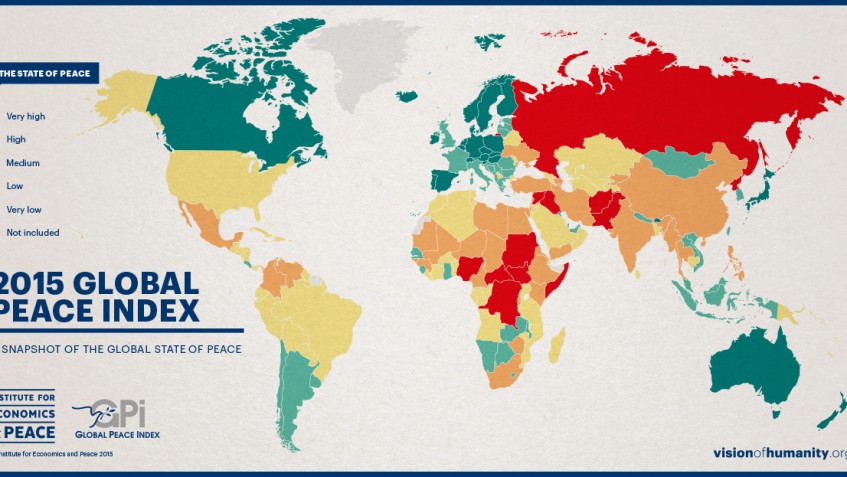 by Emiliano Roberti in Foreign Affairs

Once a month, The Editorial.  A column by Emiliano Roberti, our Editorial Chief.

After the dramatic events occurred in November – just the latest of a long trail of death and destruction during this year – a recurring question arose within the mass media and the public opinion: is the world peace at risk now more than ever?

Just to name a few: the threat of terrorism to the world, the endless armed conflicts in Middle East and Africa, the Ukraine crisis at the Europe’s borders. And to make matters worse, the recent escalation of tensions between Turkey and Russia after the Turkish military shooting down of a Russian warplane. It is probably since the apparent end[1] of the political and military hostility between the Western Bloc (the US and its NATO allies) and the Eastern Bloc (the Soviet Union and its allies) – the so called Cold War – that the world seems paradoxically to have become an increasingly unsafe place.

Quoting directly from the 2015 Global Peace Index Report from the Institute for Economics and Peace (IEP): «Over the past eight years the average country score deteriorated 2.4 percent», with the Middle East and North Africa (MENA) suffering «the largest decline of any region in the world». And for what concerns terrorism, the world is not doing better: «Terrorism has grown steadily over the last decade, a trend that shows no sign of abating». The report also states that «of the deaths caused by terrorism […], 82 per cent occurred in just five countries: Iraq, Afghanistan, Pakistan, Nigeria and Syria», which remain some of the most dangerous areas belonging to the Middle East and Africa.

As said before, the complex problem of terrorism is a threat involving not only these regions, but also the entire world. With this in mind, one need only think that terrorism affected some of the most peaceful countries in the world during 2014 and 2015: France, Denmark and Australia.

Trying now to return and answer to the original question, the crux could probably be found connecting few key aspects of global geopolitics:

Taking the global situation into account, which includes but is not limited to these serious key points, it is easy to understand why recurring questions arose whether the world peace is at risk now more than ever. And to even go further: may this critical situation be defined as a new world war?

Actually, the expression “World War III” is often used within the mass media and the public opinion, and even a widely known pacifist as Pope Francis, who already spoke many times of a global war, has referred to the recent Paris terrorist attacks as «a piece» of a «piecemeal World War III»[2]. Whether this is a global war or not, there is no doubt that the world peace situation is very critical.

In addition to this, the difficulty of international institutions to cope with such situation. For instance, the United Nations which often encounters serious obstacles in fulfilling its role properly, due to the veto power of the Security Council permanent members, whose geopolitical interests often take precedence over the rest. Or the problematic role of the NATO in the Ukrainian crisis, considering that the Ukraine’s threatened accession to NATO was one of the causes that contributed to the spread of the conflict. Or the European Union, whose intergovernmental security and defence policy implies the demand for unanimity, sometimes resulting, thus, to slow down the processes of decision-making.

How to deal, then, with such an overall situation that seems to be on the brink of disaster? Common solutions are definitely not easy to find, although much can still be done at an international level:

In the light of these considerations, would the world peace still be at risk?

[1] «The end of the cold war proved to be not the end of an international conflict, but the end of an era: not only for the east, but for the entire world. There are historic moments which may be recognized, even by contemporaries, as marking the end of an age. The years around 1990 clearly were such a secular turning point. But, while everyone could see that the old had ended, there was utter uncertainty about the nature and prospects of the new». E. Hobsbawm, The Age of Extremes: The Short Twentieth Century, 1914–1991.