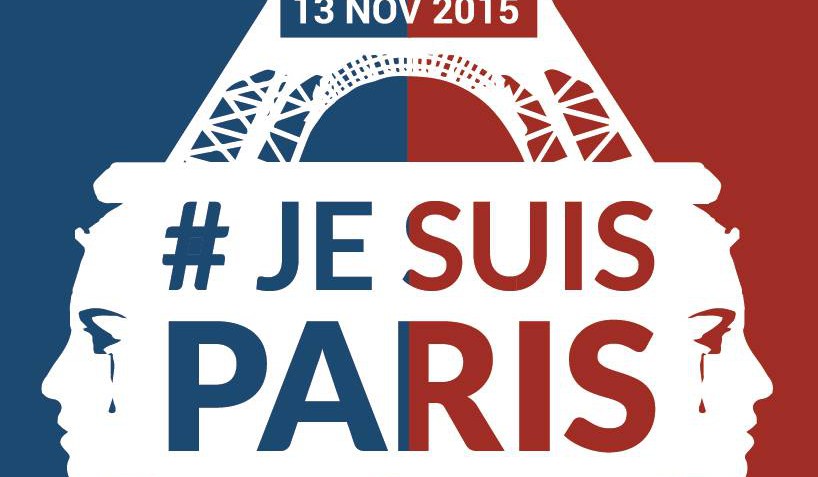 by Mariana Grajales in Foreign Affairs

Last Friday, Paris experienced huge catastrophic events around the city; specifically the attackers targeted a concert hall, a stadium, restaurants and bars. About this attack, Parisian authorities confirmed 128 deaths, 180 injured and 99 reported in critical condition (at the time of writing). On the other hand, eight terrorists were established dead, because of the coordinated attacks inside the city. Whether this determines the total number of assailants remains to be confirmed.

The Bataclan concert hall was the place where most of the fatalities occurred. The blasts started just after the band Eagles of Death Metal had started playing. The assailants started shooting and hostages were held. Approximately 100 hostages were gathered on the second floor; some of them were severely injured and others were killed.

Another event occurred during a friendly soccer match between France and Germany, outside the Stade de France in a bar called La Belle Equipe in Saint-Denis. Three explosions detonated, two of them appeared to be suicide bombs, from which four people died authorities said. The French President, Franҫois Hollande, was watching the game at the moment the bombs started detonating so he evacuated in a helicopter in order to evaluate the situation and take action with the Ministry of Interior.

The remaining attacks happened in two restaurants, Le Carillon and Petit Cambodge where at least 11 people died in shootings. They are located in front of each other on the 10th district around Bichart Street.

Following the six simultaneous catastrophic events leading to 128 casualties (at the time of writing), heads of states around the world quickly voiced their compassion and empathy for the French people, following the tragedy involving the greatest number of casualties since World War II.

The head of state, Franҫois Hollande called upon a rare state of emergency. Under its state of emergency law, authorities can put entire neighborhoods and cities on lockdown, close down concert halls and all other entertainment establishments, as well as order searches inside any premises. Subsequently, the country’s borders have been sealed and military has been dispatched to the streets – an uncalled measure in France since 1944. Metro lines have been emptied and shut down, and in addition, Hollande declared three days of national mourning and raised the nation’s security to its highest level.

US President Barack Obama condemned this “attack against all humanity” and pledged his allegiance to the USA’s oldest ally. Chinese President Xi Jingping also vowed to offer military assistance to France in the battle against terrorism.

ISIS has claimed responsibility early Saturday for the six coordinated attacks on the evening between Friday and Saturday. The ISIS statement, written in French, made it abundantly clear that the series of strikes were orchestrated to strike at the heart of the city that was “in the throes of its typically raucous Friday evening partying”.

Summing up, the city of Light echoes the not-too-distant catastrophic events of both satirical French newspaper Charlie Hebdo of early January of this year, along with the Kosher supermarket assault. The capital has been on the edge, and put on high alert ever since. According to a study conducted by Enquête de victimisation (Study of victimization), terrorism is now considered to be France’s biggest preoccupation behind unemployment, while 17 percent now perceive terrorism as the country’s primary concern.