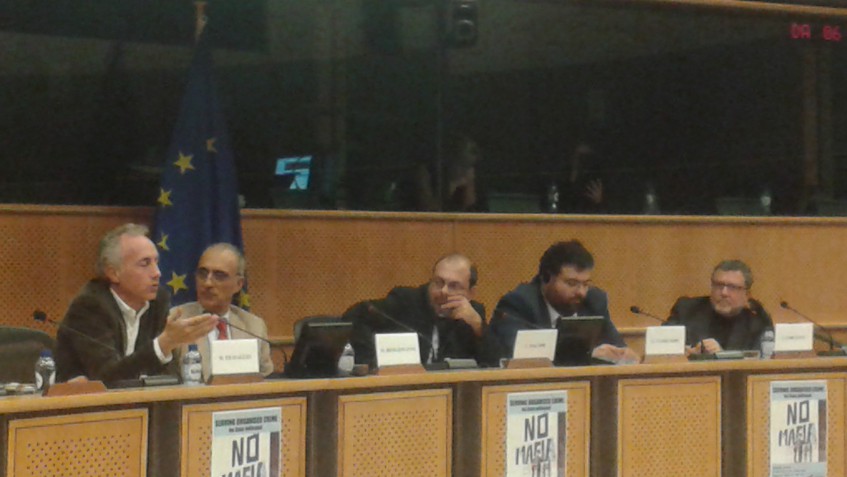 by Vania Putatti in Foreign Affairs

AE specials on the fight against corruption and criminal organizations. Follow European Impact every Wednesday to read more. This article have been originally written for Restarting the Future.

The European institutions and the European governments have always shown strong feelings towards topics concerning the words “corruption” and “criminal organizations”. Indeed, all over Europe there is the tendency of trying to avoid this topic. Without going into detail on the reasons why this is happening, it is understood that criminal activities and corruption are direct proof of a bad government or, at least, of several big “mistakes” in the administration and the supervision of the public area. However, the vote-seeking politicians tend not to admit their mistakes (or hide their bribes, but this is another story) and deny the existence of corruption under their administrations. Instead, they prefer to affirm that criminal organizations exist only in specific areas (usually very far away from them) and that they run few or small local businesses. From this perspective, it has often been said that in the EU, Mafias only exist in a few countries. The most remarkable example is Italy (and in Italy, only in Sicily).

It is easy to understand why. To give an example, in Sicily, which is a region placed in the most peripheral part of Europe, Mafias are hegemony on the territory and keep the control of the areas through violence and threats. In other words, in Sicily the civil society knows that criminal organizations are there because they have to deal with them everyday, it is impossible to deny their presence.

Does this mean that criminal organizations only exist if you can see them? The development of research around this issue is leading to a negative answer (project ARIEL).

As Francesco Forgione, former chairman of the Italian Parliamentary Antimafia Commission, explained in occasion of “Serving Organized Crime: the State Infiltrated” at the European Parliament (November 11th), criminal organizations have acquired a global structure and it does not matter anymore where they were born. To give an idea of the size of criminal businesses, only in Italy criminal organizations have profits of 150-180 billions of Euros (60% of which is re-insert in the economy). These profits are the result of international illegal trafficking in which the production is settled in low labour cost countries and the consumers are the richer western countries.

Forgione explains that drug trafficking, for example, is proof of a high level international business: in Columbia’s fields, farmers are paid 1.000€/kg by Columbia’s criminal organizations to plant cocaine. Afterwards, the cocaine is sent to Europe (passing through international harbours such as Anvers, Rotterdam or Barcelona) and sold to ‘Ndragheta (Italian criminal organization and international leader of the cocaine market) for 15.000€/kg. Once in Europe, the drug is sent to Italy in which Italian criminal organizations mix each kilogramme with “other materials”, making it 4 times more the initial weight (from 1kg to 4kg). They then sell the final mixed-cocaine all over Europe for 50.000€/kg after which 60% of the profits are re-introduced in the legal European economies through money laundering in those countries in which criminal organizations can use gaps in the markets’ regulation (such as Germany).

It is hard to believe, but even countries that no one would suspect of having any sort of problems with criminal organizations are involved. While Belgium (Anvers) and the Netherlands (Rotterdam) are used to import/export stock due to their international harbours, Germany is used to re-invest and launder illegal revenues in legal businesses such as restaurants, hotels and houses due to their “soft” regulation against criminal organization activities. The Bundesnachrichtendienst – BDN (German foreign intelligence) have produced several reports and statements during the past 15 years on Italian criminal organization activities in Germany, and episodes such as the bloodbath of 2007 in the city of Duisburg2 have confirmed their words.

After the failure of the past decades, such as the Convention on the protection of the European Community’s financial interests and its two Protocols (1995, 1996, 1997 respectively), the Convention on the fight against corruption (1997) and the framework decision on corruption in the private sector (2003), today European leaders are starting to re-think these issues. As Giorgios Vassiliadis (general secretary in charge on the fight against corruption in Greece) explained, this is in part due to the developments of the recent (and not yet fully ended) EU financial crisis. Briefly, he described that the Greek’s system as a system in which immense amounts of capital have been affected by external (and illegal) forces that pushed the country to its collapse. Consequentially it has affected all the rest of Europe.

In other words, the recent crisis has been an opportunity to reflect on how dangerous corruption can be when combined with capitalistic economic models.

Today it seems that the European institutions have understood the importance of both sensitization and research around criminal activities. The proof can be seen in the increasing number of working groups, conferences and seminars that have been organized and funded by the EU in the last few years.

In addition, the strong lobbying of anti-corruption NGOs (such as Transparency International, ALTER-EU, Corporate Europe or Libera) and the progress around the creation of a European Public Prosecutor are opening the way for a stronger EU against crime. All we can do is wait and see.