Why the EU represents a real change. What is Schengen?

0
by Matteo Mannello in EU Magazine 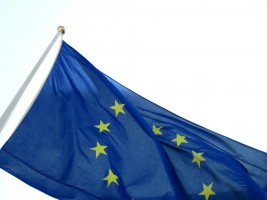 Why the European Union represents a real change. What is Schengen?

What is Schengen? The name refers to a small village in southern Luxembourg, at the German and French border. Here, on June 14, 1985, on the riverboat “Princess Marie-Astrid” on the river Moselle, five EU states – Germany, Belgium, France, the Netherlands and Luxembourg – signed the Schengen Agreement for the progressive overcoming of border barriers, thus creating what we now refer to as the “Schengen Area”. The process was officially completed only in 1995.

The main goal of the Agreement was the harmonization of custom laws and regulations within the Eurozone. Its main body consists of 33 articles, divided in two titles displaying short- (art. 1-16) and long-term goals (art. 17-33). The package would especially develop trade within the Schengen Area by increasing the GDP of the acceding countries and encouraging tourism in liberalized areas. It would also set the stage for the cooperation between police forces and expand the rules on tourist protection in hotels. It is something that was still, until 29 years ago, unreachable under the current European democracies, as well as the burning issues the signatory countries had to face.

Below is a list of few articles in order to give a thorough understanding of the main points the Agreement has tackled. Thanks to Schengen, Western democracies forming the current European territory were carried into the future in the blink of an eye:

– «To adapt technical procedures in order to minimise stopping times at the common borders» (art. 15).

– To take measures «to avoid checks being duplicated within the territories of the Parties» (art. 11).

– «To achieve an increase in the duty-free allowances granted to travellers» (art. 21).

– «Vehicles carrying out transport operations under such arrangements shall display a visual symbol to that effect when crossing the border. The Parties’ competent authorities shall determine the features of this symbol by common agreement» (art. 12).

– In the long term, to enforce «the laws, regulations and administrative provisions concerning the prohibitions and restrictions on which the checks are based and to take complementary measures to safeguard internal security and prevent illegal immigration by nationals of States that are not members of the European Communities» (art. 17).