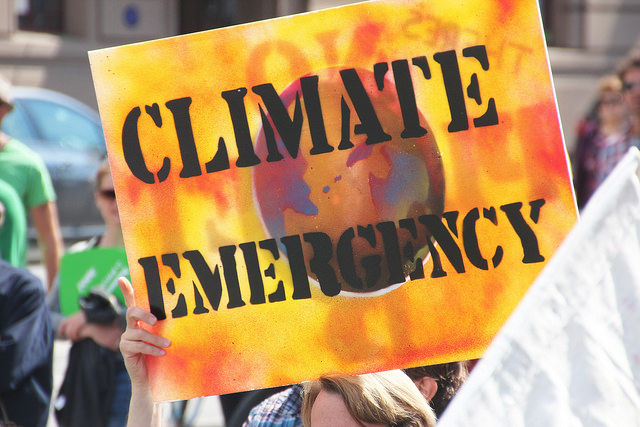 Every Sunday, Alternativa Europea’s articles on other platforms!

This article has been written for the online newspaper on environmental communication, Envi.info, published on 03/08/2015. The Italian version of this article is also available via the original link .

«Climate change is the biggest story journalism has never successfully told» Yet, it is «the greatest threat to humanity». That is why The Guardian’s editor-in-chief, Alan Rusbridger, has decided to challenge the established  journalistic communication – and the way the story was told.

The Guardian’s campaign was among the finalists of the AICA Award 2014 in the category “Communicating the Kyoto Protocol”; chosen for its commitment and innovation in communicating climate change, the British newspaper has started to cover the issue using a new narrative. The topic is hot, as it combines science, politics, economics and finance, philosophy. In a word, humanity.

One reason why climate change rarely makes it to the top news is the pace at which it happens: changes are too slow, albeit inexorable, to gain the attention of the news and media industry; nor it does captures readers, except when those (not anymore) rare sensational episodes of natural disasters happens, the coverage of which, however, lasts few days. The red flag waves for some time, but the attention on the issue inevitably loses focus and strength. Until the next catastrophe. When the danger does not seems imminent, it is quite hard to attract readers on a set of events perceived as too far in the future.

During the last six months he had left editing The Guardian, Alan Rusbridger figured out something powerful and focused: climate change gained the home page on Fridays – and this is already unprecedented; the basis of the campaign remained investigations, analysis and reports, but the newspaper added exciting photos and videos, mapping powerful lobbies – which, with the petition Keep it in the ground, were urged to stop investments in fossil fuels by literally keeping them in the ground. But a new way of communicating climate change, a new angle was still needed: here the idea of ​​a series of weekly podcasts, “The biggest story in the world”; episodes telling the world how the series itself has evolved and how reports were conducted, allowing us behind the scenes with the editors team, listen in their reflections, witnesses of their mistakes. These podcasts are probably unique as they analyze the climate crisis through several angles: from the psychology element underlying the lack of public interest, to the complex economic implications. All this has helped creating a traffic of 4 million unique visitors per month browsing on the Guardian’s climate change coverage.

How does this leave us? How do readers react? The Guardian hopes it do not leave us helpless and frightened, but instead that the campaign inspires to give a concrete contribution, starting with taking action around us, in our environment. But before that, acting by being informed; because this is the biggest threat to the Earth, and therefore, a problem facing our own existence as human beings.